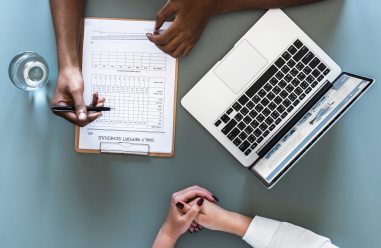 Last week, the Sixth Circuit issued an opinion in Hostettler v. College of Wooster, — F.3d — (6th Cir. July 17, 2018), reminding employers that determining the essential functions of a position is a highly fact-specific endeavor.  In that case, the College of Wooster had hired Heidi Hostettler in 2013 when she was four months pregnant.  She worked as a full-time HR Generalist.  After giving birth to her child, Hostettler experienced severe postpartum depression and separation anxiety.  As a result, her doctor determined it was medically necessary that Hostettler work a reduced schedule, working on a part-time basis for the “foreseeable future.”  After two months of working a reduced schedule, Hostettler was fired for being “unable to return to [her] assigned position of HR Generalist in a full time capacity.”

Hostettler brought suit under the Americans with Disabilities Act (“ADA”)¹, but the district court granted summary judgment in favor of the employer.  The district court held that Hostettler was not a qualified individual with a disability because full-time work was an essential function of Hostettler’s position. The Sixth Circuit, however, reversed the district court’s opinion.  It held that while regular, in-person attendance is an essential function of most jobs, this is not unconditionally the case.  Because Hostettler presented evidence that her department was running smoothly while she was working part-time, and she was able to satisfy her tasks on her part-time schedule, the employer’s own categorization of the position as “full-time” was not enough to preclude Hostettler’s claims; there were genuine issues of fact as to whether full-time work was an essential function of the position of HR Generalist.

This case is a great reminder to employers that in considering and determining the essential functions of a position, categorical rules do not apply.  While an employer may prefer that an employee be in the office 40 hours a week (and while it may be more efficient or easier on the department if he or she were), the Sixth Circuit has held that “those are not the concerns of the ADA.”  The employer must be able to show why an employee is needed on a full-time schedule; merely stating that anything less than full-time employment is per se unreasonable will not relieve an employer of its responsibilities to accommodate an employee under the ADA.