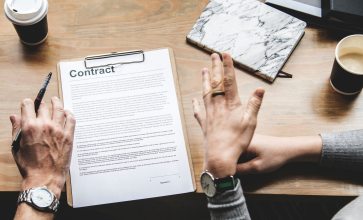 Within the first week of October, the Kentucky Supreme Court issued its opinion in Northern Kentucky Area Development District v. Snyder NO. 2015-CA-001167 (Ky. Aug. 27, 2018). The court faced the decision of whether the Federal Arbitration Act (“FAA”) preempted KRS 336.700. Ultimately, the court held that: (1) employers may not condition employment on entering into arbitration agreements and (2) the FAA does not preempt KRS 366.700(2).

In this case, Danielle Snyder brought suit against her former employer, the Northern Kentucky Area Development District (“NKADD”). NKADD is a public agency that provides social programs to eight Kentucky counties. It hired Snyder on the condition that she enter into an arbitration agreement. The agreement required Snyder to resolve all disputes with NKADD through arbitration and not through the courts. Snyder was given the option to reject the agreement within five days of accepting it, but the rejection would end her employment with the company. She accepted the condition and worked for NKADD until it terminated her position. She then filed actions under the Kentucky Whistleblower Act and the Kentucky Wage and Hour Act. NKADD filed a motion to stay the proceedings and compel the arbitration. The trial court denied the motions and the Court of Appeals affirmed. NKADD appealed to the Kentucky Supreme Court.

The Court first looked to see whether NKADD had the right to condition employment contracts on arbitration agreements. Being a public agency, NKADD was created by statute. The Court referenced KRS 147A.050 through KRS 147A.120, but did not find an explicit statutory right. The Court went on to hold that NKADD is considered an employer under KRS 336.700. KRS 336.700(2) prohibits an employer from requiring an employee to “diminish any existing or future claim, right, or benefit to which the employee or person seeking employment would otherwise be entitled under any provision of the Kentucky Revised Statutes or any federal law.” This means that, in this Court’s view, NKADD is not allowed to ask employees to give up their rights in exchange for a job. Because the contract did just that, the Court deemed it unenforceable.

NKADD then argued that the FAA preempts KRS 336.700(2). The Court disagreed. The FAA makes arbitration agreements “valid, irrevocable, and enforceable, save upon such grounds as exist at law or in equity for the revocation of any contract.” Specifically, the FAA preempts state laws that facially prohibit arbitration agreements. Here, the Court holds that KRS 336.700(2) is not preempted because it merely prevents employers from conditioning employment on employees waiving their rights. It is an “anti-employment discrimination provision.” The Court explained that the statute is meant to protect workers’ rights, like filing claims under the Kentucky Whistleblower’s Act and to not contract that right away in exchange for a job. The Court emphasized that employers still retain the right to enter into arbitration agreements in other contexts.

The Court went on to characterize the FAA as an act that, even in its broadest sense, would not allow employers to force their employees to vacate existing rights as a condition of employment. “This is not an attack on the arbitration agreement – it is an attack on the employer for basing employment decisions on whether the employee is willing to sign an arbitration agreement.”

The Court’s holding sends three messages. First, employers cannot ask their employees to give up certain rights in exchange for employment. Second, employers still have the power to enter into arbitration agreements, but not in the context of requiring arbitration as a condition of employment in Kentucky. Third, the FAA still protects arbitration as a valid form of dispute resolution, but it is limited to a degree for Kentucky employers.